Sunday 33rd, Christ the King, last Sunday of the liturgical Calendar of 2020

Saint Matthew writes in his Gospel: «When the Son of Man comes in his glory, and all the angels with him, he will sit upon his glorious throne, and all the nations will be assembled before him.» Those words come from the mouth of Jesus himself. The Son of Man will sit on his glorious throne and the nations will be assembled before him. Jesus is the head of state of the heavenly region, and He will reign forever. Whether we come from republics or kingdoms, we will all end with a heavenly king.

When Jesus was interrogated by Pontius Pilate, Jesus rejected the title of king when understood as a political title. But the inscription on the cross above his head clearly stated: The king of the Jews. His kingdom is not an earthly one, his kingdom will be eternal and the King will exercise his power with gentleness like a shepherd. How different the reign of Jesus is when compared to earthly kingdoms!

And who belongs to this kingdom? All nations are led before him. And who is a faithful resident of this kingdom? Is there some passport to heaven? Is it enough to just be there at the right moment?

Brothers and sisters, let today’s solemnity of Christ the King remind us of the works of faith, hope and charity. Let us bring our faith to life taking care of our relationship with the Lord and with our neighbour. Let our alms-giving and prayers, patience and understanding be an expression of our love for God. May the kingdom of Christ become a reality among us when we take care of one another, each according to his own talents. And may the Mother of Jesus, the Virgin Mary teach us to take care of the little ones, the ones who need our attention and care. Amen. 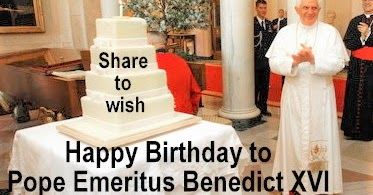 A Friendly Reminder for Confessions at St James Mayor, Parkstraat, The Hague on Saturday April 17 from 14:30 - 16:00 hrs - https://mailchi.mp/49b476dbbb22/confessions-at-st-jacobus-de-meerdere-saturday-april-17

RT @EWTNews: 📹 VIDEO | Here are the highlights from the celebration of the 2021 Easter Vigil presided over by Pope Francis in St...

RT @EWTNews: 📹 VIDEO | Here are the highlights from the celebration of the 2021 Easter Vigil presided over by Pope Francis in St. Peter's Basilica. Happy Easter! Χριστός Ανέστη https://t.co/refeHnFK2l