Karol Józef WoJtyla, elected to the Papacy on October 16, 1978, was born in Wadowice (Poland) on May 18, 1920. He was the second of two children born to Karol Wojtyla and Emilia Kaczorowska. His mother died in 1929. His older brother, Edmund, a doctor, died in 1932 followed by his father, an under official of the Armed Forces, who died in 1941.

At the age of nine Karol made his First Holy Communion, followed at the age of eighteen by the sacrament of Confirmation. After having completed high school in Wadowice, he enrolled as a student at the Jagiellonian University of Cracow in 1938.

Following the occupation by the Nazi forces and the University’s closure in 1939, the young Karol was forced to earn a living by working in a mine and in the Solvay chemical factory in order to avoid deportation to Germany.

Starting in 1942, after having felt the call to the priesthood, Karol began secretly to frequent courses at the clandestine Major Seminary in Cracow, directed by the Archbishop, Cardinal Adam Stefan Sapieha. At the same time, he was also one of the promoters of the clandestine “Rhapsodic Theater”.

After the war, Karol continued his studies at Cracow’s Major Seminary which had been reopened, and then at the Faculty of Theology of the Jagiellonian University until his priestly ordination in Cracow on November 1, 1946. He was then sent to Rome by Cardinal Sapieha where he pursued a Doctorate in Theology (1948), with a thesis on the topic of faith in the works of St. John of the Cross. During that time, in vacation periods, he exercised his pastoral ministry among Polish immigrants in France, Belgium and Holland.

In 1948, he returned to Poland and was at first assistant priest in the parish of Niegowic, near Cracow, and then in the Church of Saint Florian in the same city. As University Chaplain until 1951, he continued to study both Philosophy and Theology. In 1953, he presented a thesis at the Catholic University of Lublin on the “Evaluation of the Possibility of Constructing a Christian Ethic on the Ethical System of Max Scheler”. Later, he would become Professor of Moral Theology and Ethics at the Major Seminary of Cracow and at the Theological Faculty of Lublin.

On July 4, 1958, he was nominated by Pope Pius XII as Auxiliary Bishop of Cracow and Titular Bishop of Ombi. He was ordained Bishop on September 28, 1958 in the Cathedral of Wawel (Cracow) by Archbishop Eugeniusz Baziak. On January 13, 1964, he was nominated as Archbishop of Cracow by Pope Paul VI, who also later made him a Cardinal on June 26, 1967.

Wojtyla also participated in the Second Vatican Council (1962-65), at which he made an important contribution to the preparation of the Constitution Gaudium et Spes. Preceding his Pontificate, Wojtyla would also take part in five assemblies of the Synod of Bishops.

He was elected to the Papacy on October 16, 1978. On October 22nd he began his ministry as Shepherd of the Universal Church.

Pope John Paul II made 146 pastoral visits in Italy and as Bishop of Rome he visited 317 of the 332 parishes in Rome. The apostolic trips made throughout the world, an expression of his constant pastoral solicitude as Successor of St. Peter for the whole Church, added up to a total of 104.

Among the primary documents which he wrote are: 14 Encyclicals, 15 Apostolic Exhortations, 11 Apostolic Constitutions and 45 Apostolic Letters. He also wrote numerous other works including five books: “Crossing the Threshold of Hope” (October 1994), “Gift and Mystery: on the Fiftieth Anniversary of My Priesthood” (November 1996), “Roman Triptych: Meditations” (March 2003), “Rise, Let us be on our way!” (May 2004), and “Memory and Identity” (February 2005).

Pope John Paul II presided over 147 Beatifications, declaring 1,338 beatified and 51 Canonizations, proclaiming a total of 482 saints. He also officiated in nine Consistories thereby creating 231 (plus 1 “in pectore”) Cardinals and presided at six plenary reunions of the College of Cardinals.

On May 13, 1981, Pope John Paul II was the victim of an attack in St. Peter’s Square. Having been saved by the maternal hand of the Mother of God, and following a long recovery, he forgave his attacker. Grateful for the gift of new life, he intensified his pastoral work with heroic generosity.

His solicitude as pastor was expressed, moreover, in the erection of numerous dioceses and ecclesiastical circumscriptions, as well as by the promulgation of the Codes of Canon Law for the Latin Catholic and Eastern Catholic Churches. As an encouragement to the People of God, he also inaugurated moments of particular spiritual intensity such as the Year of the Redemption, the Marian Year, and the Eucharistic Year as well as the Great Jubilee of the Year 2000. He also attracted younger generations by the celebration of World Youth Days.

No other Pope had ever encountered as many people as John Paul II: the number of pilgrims at the Wednesday General Audiences alone (more than 1,160 audiences) came to over 17 million pilgrims, to say nothing of the special audiences and other religious services (the Great Jubilee of the Year 2000 alone saw the arrival of 8 million pilgrims), and the other millions of faithful that he met during apostolic visits in Italy or throughout the world.

Numerous government officials were also received in audience: there were 38 official visits and a further 738 audiences or meetings with Heads of State, along with 246 visits with Prime Ministers.

John Paul II died in the Vatican’s Apostolic Palace on Saturday, April 2, 2005 at 9:37 p.m., on the Vigil of the Sunday in Albis, also commemorated as Divine Mercy Sunday, which he had instituted. 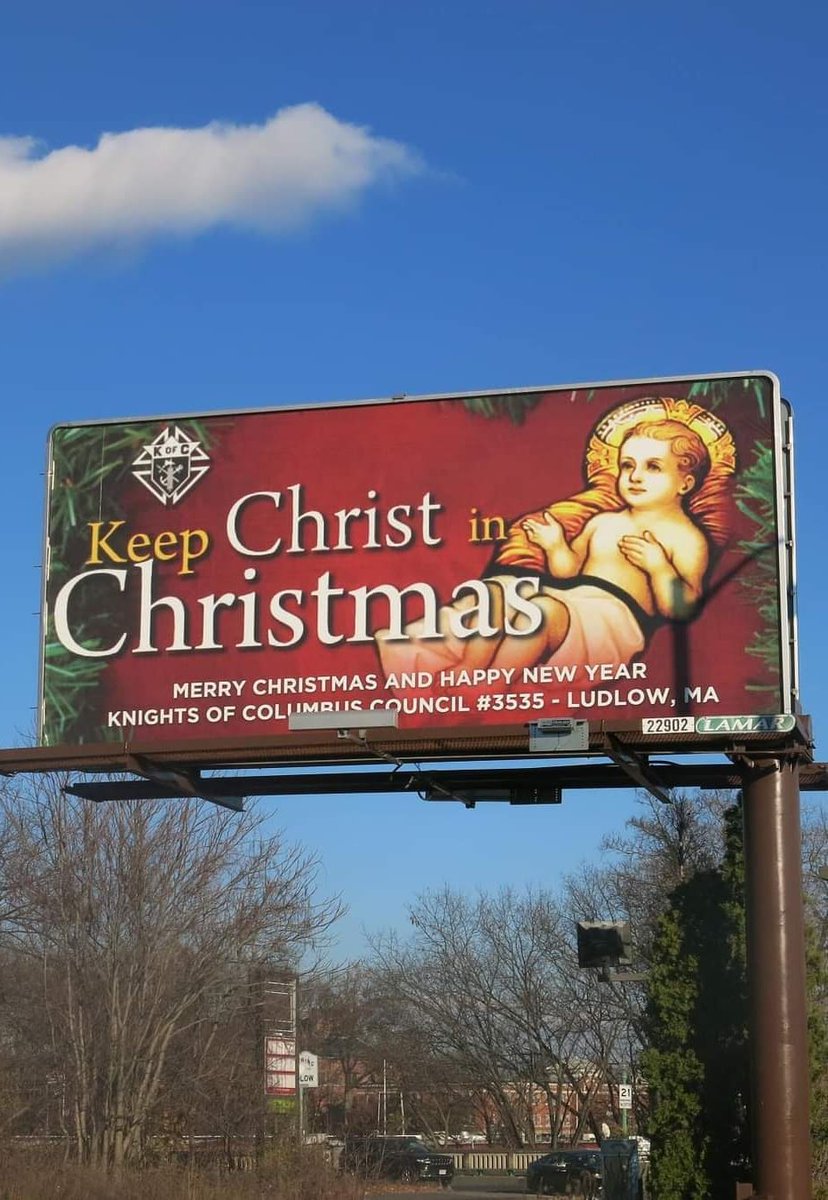 RT @P_BenedictXVI: Advent it is a marvellous period in which the expectation of Christ's return and the memory of his first Comi...

RT @P_BenedictXVI: Advent it is a marvellous period in which the expectation of Christ's return and the memory of his first Coming reawakens in hearts. — Benedict XVI

RT @sanojthomas_: "Dear young Christians, fight against any unnatural law that one would like to impose on you. Oppose any law a...

RT @sanojthomas_: "Dear young Christians, fight against any unnatural law that one would like to impose on you. Oppose any law against life, against the family. Be among those who take the opposite direction. Dare to go against the current!" - Robert Cardinal Sarah 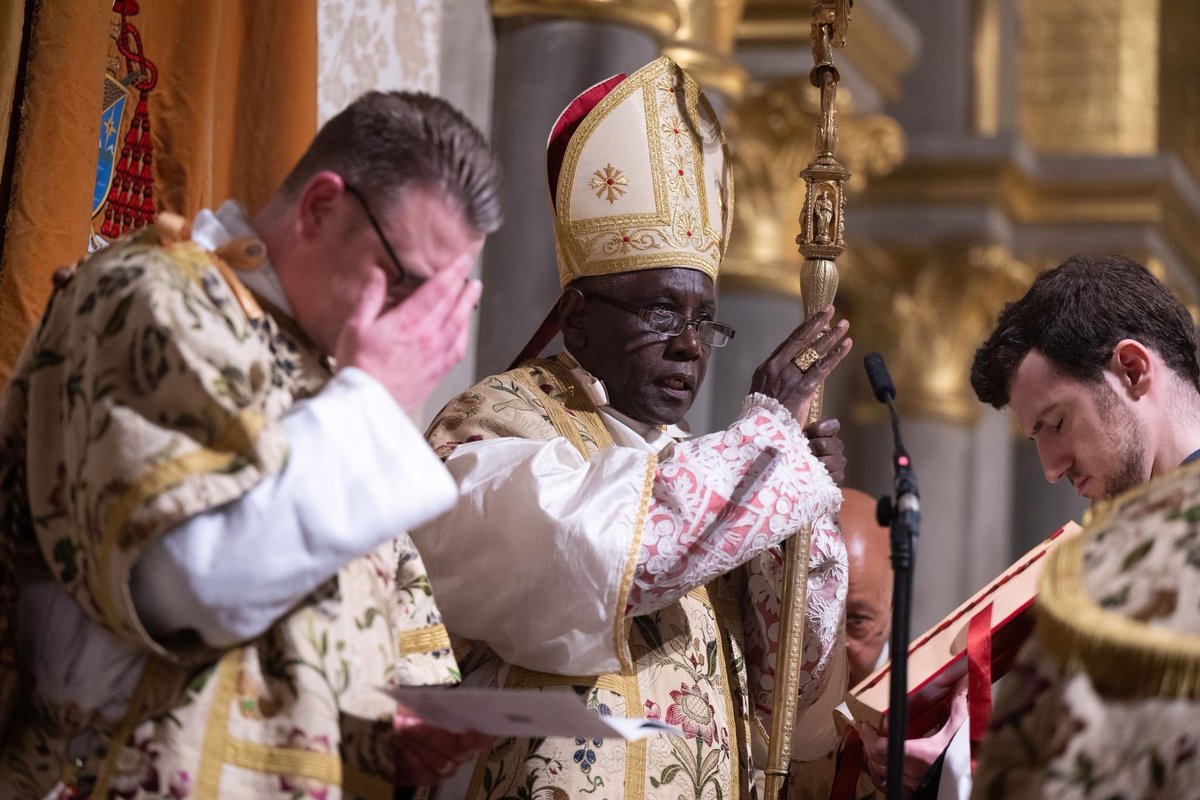 © 2022 The Catholic Student Chaplaincy in Amsterdam  • Powered by CMSimple_XH
Login